The Out of Chicago Conference

Last month I spoke at the Out of Chicago Conference, and it was such a great experience!  I saw many of my friends in the photo education industry and made many more.  I’d say it was a very successful trip!  Here are some things I liked most about it.

This scene was shot from the Fire Escape of the Congress Hotel. I was shocked that I could get out onto the fire escape on the top floor with no problems at all. Whether I was supposed to be there or not is another story 🙂

A lot was going on from day to day at the conference, but it was well managed by the staff.  It seemed like this would be somewhat of a nightmare with over 40 instructors and 400 attendees in a rather small space.  However, the team nailed it!

At various times in the day there were classes scheduled, photo walks around the city, One on One’s with the Instructors, and a rather impressive vendor area with relevant vendors.  I say “relevant” for a reason.  I have been to several events where I ask myself “why on earth is that company in a photo seminar vendor area”, not at Out of Chicago.  From LensBaby to Platypod to Tamrac and Hunt’s Camera they had a good mix of relevant vendors.

Here are some of the sponsors and vendors that were present at Out of Chicago:

The central hub of the action was the second floor of the University Center in Chicago.  From there, attendees could go to various classes, meet for their photo walks around the city, or spend entirely too much money in the vendor room (I was a victim…).  There was always something going on, always somewhere to be, but it wasn’t nearly as hectic as you’d imagine, it was actually pretty laid back.

I liked the placement of the trees and the way they related to the skyscrapers all around them. This spot is just across the street from The Congress Hotel.

There was a healthy variety of courses and classes at the Out of Chicago Conference.  What I liked most about the variety was the staff’s willingness to accept courses that were not inherently “mainstream.”  I have had some ideas for quite some time that I have wanted to teach at a seminar, but I wasn’t sure they would be accepted because they weren’t the “sexy” mainstream type.  I submitted three course ideas and all were accepted.  The classes I taught were as follows along with a panel discussion with my peers:

That is just a listing of courses I was a part of, there were nearly a hundred more.  I attended a few of the lectures.  One of my favorites was a jaw dropping, mind opening course from Jim Welninski about the vision and execution of Black and White photography.  I have yet to see a course like it!

I took this shot after talking with Jim about architecture in the city and how he sees it. I have never seen the city like Jim does, but I started to look a bit closer at shapes and lines in the buildings rather than the buildings themselves.

Chicago is a gorgeous city, absolutely beautiful.  I  stayed at the Congress Hotel, which was right on the Magnificent Mile, a stretch of restaurants, parks, and attractions on Michigan Avenue.  From there I could walk out the door with my camera and tripod in hand and be shooting some awe-inspiring attractions in the city, like “The Bean”, Millenium Park, and the Buckingham Fountain in a matter of minutes.  Some of the photo walks went to the places I mentioned, but I made a photo walk of my own every morning before teaching in the afternoon.

I stepped WAY out of my comfort zone in Chicago, and it felt GREAT!  I am used to shooting wide open landscapes, barns, and National Parks, but there is something different about shooting the city, and I learned that rather quickly while I was out there.  You have to figure out a way to separate aesthetic elements from the chaos of the city lights, traffic, tourists, and the overall hustle and bustle craziness.  That is pretty difficult to do and something that has always intimidated me about shooting in the city.  Regardless, I dropped my guard and had a blast at every photo Opportunity!

As I mentioned before, I saw a lot of old friends and made plenty of new ones.  It was great to reconnect with Matt Kloskowski over lunch and have face to face conversations outside of the internet.

I also met Jim; I mentioned him earlier.  Jim has been a subscriber since the early days of EverydayHDR.  It was great to meet him finally.  We hung out nearly every day, and I blame him for my new found love of cityscape photography.  He taught me quite a bit of the previsualization of cityscape scenes and his Black and White course was a force to be reckoned with, wow!  It was incredible how well we connected in a matter of a few days.  I consider Jim a great friend and look forward to meeting up with him again the next time I am in Chicago.  If you want to get inspired, like really inspired, check out Jim’s work.

I finally met Jimmy McIntyre.  Let me tell you, Jimmy is the kind of guy you just want to be around.  Some people suck the energy out of you when they walk into a room and then there are others who add a friendly “come talk to me” vibe, the latter is Jimmy.  We have known one another for ages on the internet.  We go way back to 2011/12 when I wrote a few articles for his site, HDR One.  We immediately hit it off when we met at the Instructor dinner talking about Braveheart and Game of Thrones.  It seems we have many similarities outside of the Photography space.

Others that I met and had a great time hanging out with were the whole crew of Out of Chicago.  It was great having dinner with the staff, I found out very quickly from Chris and Michelle that I need a new headshot, five years is quite a while with the same ugly mug all over the internet.  Chris and his team are incredible and do an excellent job of making the Out of Chicago experience one to remember!

Jim and I were eating dinner waiting for the sunset on my last night in Chicago. I was just about to order another IPA when Jim said, “Grab your stuff, let’s go, the sunset is great.” It was full of atmosphere; Jim was right on the money!

If you are interested in the “Out of Chicago” experience, they will be having another one in June of 2017.  However, there are a few other ways to attend an “Out of …” event.  They have added “Out of New York” and “Out of Acadia” to their seminar list.  Details on Out of Acadia to come.

A handful of images I shot while in Chicago 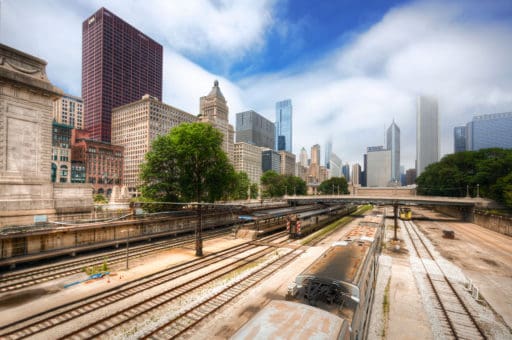 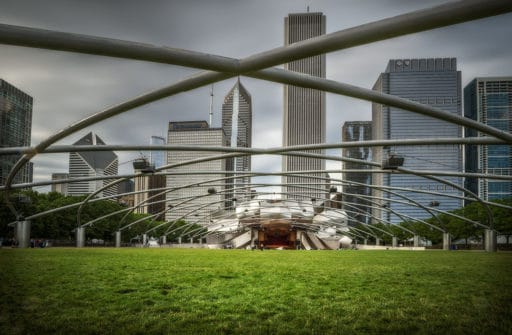 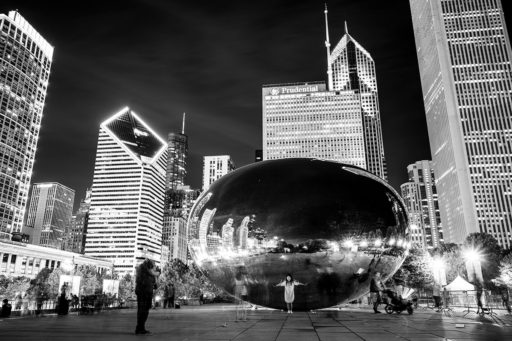 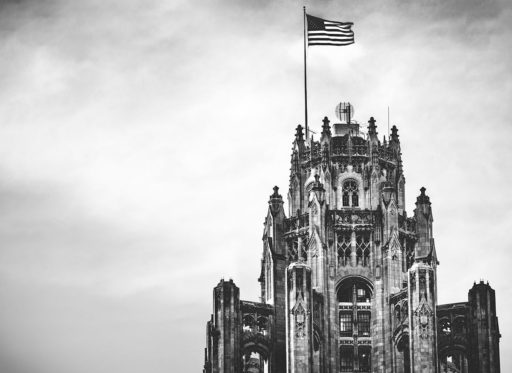 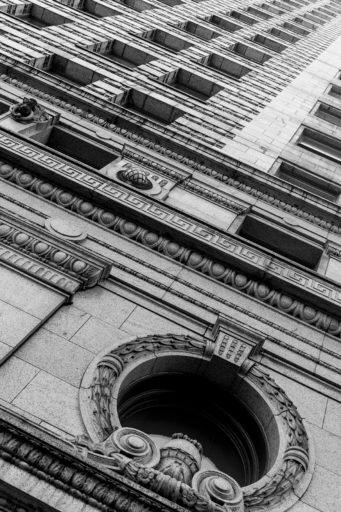 f.64 Academy and f.64 Elite are the brainchildren of Blake Rudis. While he is a landscape photographer he is most passionate about post-processing images in Photoshop and mentoring others.

For Blake, it is less about the art and more about the process. He dives deep into difficult topics and makes them easy to understand through his outside the box thinking.

Register for the Live Event!

We use cookies to ensure that we give you the best experience on our website. If you continue to use this site we will assume that you are happy with it.OkNoRead more